Stoke City fans were left in the world of excitement when the club raided North London giants Tottenham Hotspur to sign two exciting players on the final day of the summer’s transfer window in 2011. The Potters signed both Wilson Palacios and Peter Crouch on August 31, 2011. The double transfer swoop had the makings of exciting times ahead of the Stoke City fans. 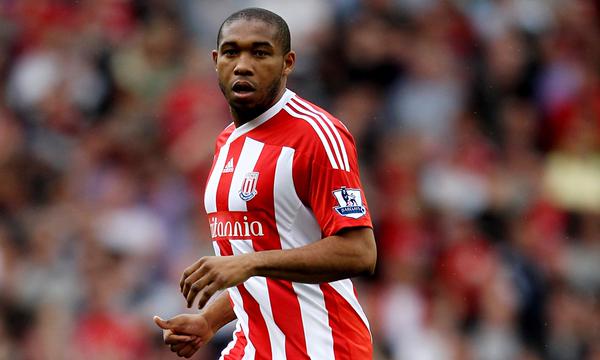 Wilson Palacios was already a proven Premier League midfielder after spells at Wigan Athletic and Tottenham Hotspur. The Honduras player was signed as a midfield enforcer plus defensive midfielder, while Englishman Crouch was signed to put the ball in the back of the net having scored goals throughout his career. Crouch was a proven goalscorer when the Potters signed him alongside Wilson Palacios.

While Crouch was able to fulfil his potentials as a consistent goalscorer, Palacios was unable to show the Potters fans his quality for an extended period. On the part of Crouch, he scored 61 goals in 261 appearances in the colours of Stoke City.

Stoke City spent around £6m to secure the transfer of Wilson Palacios from Spurs but he didn’t live up to the price tag due to various reasons including injuries and lack of match fitness. Wilson Palacios was restricted to 53 appearances for the Potters in all competitions over his four-year spell at the club. Palacios put pen to paper on a four-year deal when he joined Stoke City in the summer of 2011 and he was released at the end of his contract at the club in 2015.

Palacios had a trial at Hull City shortly after his Stoke City contract ended but he was unable to win a deal. The Honduran footballer was without a club for six months before he signed for USL Championship team Miami FC in January 2016.