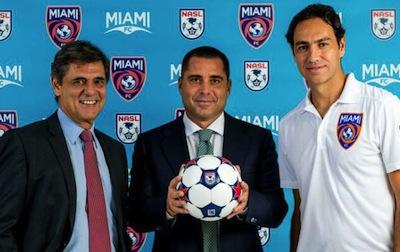 MLS is the top league in the United States, but Miami FC are part of the NASL league. It is a step just below the MLS, but one that will not provide Nesta with the opportunity to coach in the top division with his current club. It is because MLS does not have the concept of promotion and relegation. Nesta, though, is not worried at this aspect and he is purely concentrating on doing well with his current outfit. Miami have started the season well and have been doing reasonably good until the last two weeks of the campaign. Back-to-back defeats have seen Miami slip from the top three places in the table.